A lot of people want to know – what deck should you get as a newbie tarot reader.  What is the deck that is just going to make everything “click” and rev up your psychic engines.  Well…I hate to tell you this, but there isn’t really one solid answer.

Below I have listed some decks that “might” just work for the new tarot reader.  Check them out and see what resonates with you. 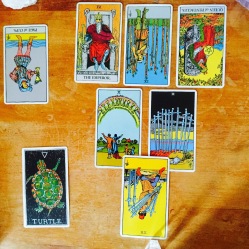 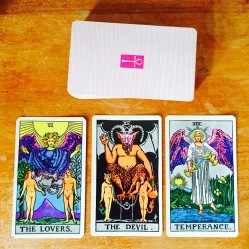 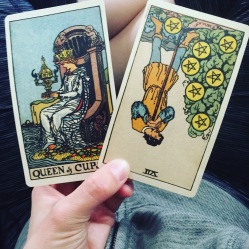 So everyone and there mother is going to recommend that if you are interested in Tarot you should pick up a Rider Waite Smith deck.  And you know what, they might actually be right.  This is the deck that so many books and websites refer to.  So if you want to learn tarot from other people (this is not a necessity) this deck is a great one to start with.

One issue a lot of people have with this deck is that they just don’t jive with the images or coloring.  The “Original” Rider Waite Deck does have pretty harsh colors and the lines are sometimes like hash marks.  This is the deck that I first started learning tarot with and, to be honest, I couldn’t always make out what the images were.  I thought the three of pentacles was a couple bringing their kid to a priest for a baptism – not a card showing artistry and true workmanship.

I totally get it if this deck just doesn’t work for you.  But also know there are a few different versions out there that you may actually like.  A particularly popular version is the Centennial Rider Waite Smith whose colors are more muted and faded.  I was also lucky enough to get to use a pre-1970’s deck and I really enjoyed the slight differences in colors.

So, in summary, if you want to use this deck and learn tarot from books, websites or podcasts check out all the different variations on this standard deck and see if any of them speak to you. 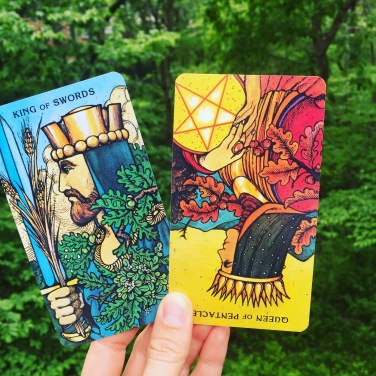 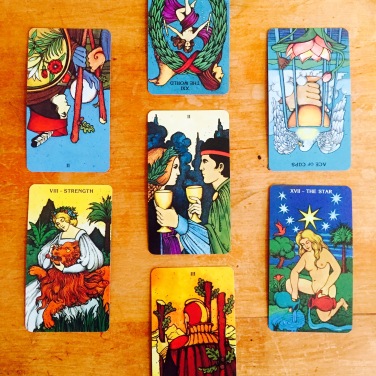 This deck is also a pretty popular deck right now.  It is very similar to the “standard” Rider Waite Smith deck so it is easy to go back and forth between the two, but these images are up-close and give you a different vantage point.

Some people may not appreciate the very 80’s inspired mustaches or figures, but other people may really dig that retro feel.  This deck has been around for awhile and there is a good reason for it. For one, I never mistook any of the cards for baptism scenes!  The pictures in these cards are clear and easy to read. 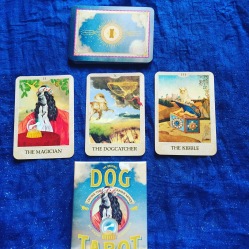 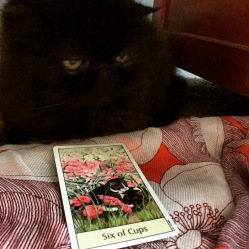 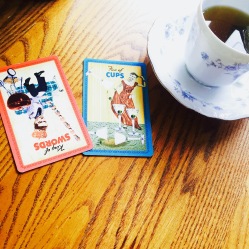 This isn’t a specific recommendation for a deck, but just a general category that the newbie tarot reader may like to check out.  You may think theme decks are just for collectors or that people won’t take you seriously if you use a themed deck.  But you know what, who cares!

In reality some of these decks are really great and can help you learn tarot easily and even provide a different angle on some of the cards.  So if you really like cats, check out one of the great cat decks out there.  I also have the housewives tarot which I love the images of, but the card stock is pretty horrendous.  This is a cheaper deck though and if the images speak to you, you can definitely learn to read tarot using this deck.  Another popular theme deck is the Zombie Tarot.  I don’t have this deck but the images are great and you can really tell what is happening in each of the cards – even if it is a bit gruesome!

A deck that speaks to your soul – The Wild Unknown, Starchild tarot 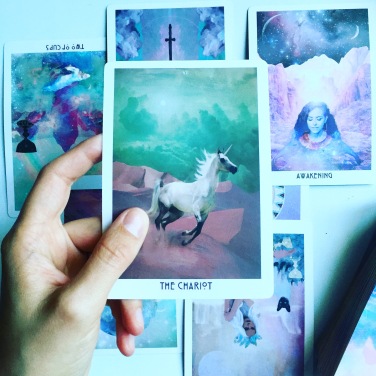 There are what seem to be cult-like followings around some of the newer decks out there.  Just check out the instagram accounts for decks like The Wild Unknown or the Starchild Tarot.  And you know what, there is a good reason for this.  These decks really seem to speak to some people.  The images move them and make them think in new ways.

If you find a deck that just speaks to you on a new level, get it.  These two examples don’t follow any “traditional” imagery exactly, but you can learn to read them in your own unique way and that is something beautiful.

These are my absolute favorite type of tarot decks.  It is sometimes a superstition that you have to be gifted your first tarot deck.  Luckily this tradition has long been out of favor, but receiving a tarot deck as a gift is an amazing experience.  If a deck happens to be gifted to you in any form, don’t take it likely, that deck was meant for you.  Use it, learn it.

Another way a special deck may come into your life is if you stumble upon it in a place where you would never expect to find a tarot deck.  Think of places like garage sales or goodwill.  If you are out and about not even thinking about getting a tarot deck and one just jumps out at you – this is meant to be your deck!

So what was your first deck?  Do you still have it?  What deck do you wish you would have used to learn tarot with?